Aéroports de Montréal’s (ADM) Technology and Innovation Division desired to procure an integrated Airport Management Systems (AMS) for both of its airports: Montreal-Trudeau (YUL) and Mirabel (YMX).  ADM was interested in gaining insight into current industry trends and innovations as well as understanding the associated opportunities and benefits of such an implementation. The deployment of an AMS is considered a cornerstone of ADM’s multi-year program to improve its operational, administrative and incident management functions, and ultimately achieve more fully integrated airports.

The City of Albuquerque Aviation Department considered options to improve the flexibility and operational efficiency of its check-in and gate assignment / usage located at the Albuquerque International Sunport.  To support this effort, Barich, Inc. performed a Common Use Study & Infrastructure Assessment and a Wireless & Network Study.

We documented and analyzed the maintenance department's current process for timekeeping and provided a report summarizing the options available for increased efficiency and ease of use.

At Denver International Airport (DIA), the Gate Management System (GMS) requirements needed a balance between core functionality for scheduling and predicting flight activities, and the broader future needs of CDM, reporting, resource prediction, and so forth.  The Aviation Department engaged Barich, Inc. to review the GMS Replacement Business Requirements.   Our Consulting efforts helped the Department present a RFP document that reflected the role a GMS could play in the holistic operation of the fifth-busiest airport in the U.S. and eleventh in the world.

Initially, in 2007, the Burbank-Glendale-Pasadena Airport Authority (Authority) contracted Barich, Inc. to assist with the design, procurement, and installation of available technological advances in airport systems that have proven beneficial to airport facility use, efficiency, and flexibility for its terminal operations at the Bob Hope Airport (now commonly known as Hollywood Burbank Airport) in Burbank, CA.   To further support its initiatives, the Authority retained Barich for the period of May, 2014/2015 to provide on-going IT Consulting services and staff augmentation support.  Some of the specific areas in which Barich has provided support to the Authority are noted here.

The Louisville Regional Airport Authority (LRAA) was in need of complete and scalable 5-year IT strategy meeting the needs of LRAA's operating procedures, governance policies, best practices, and regulatory compliance.   To that extend, Barich, Inc. as  Burns & McDonnell team member, contributed in the development of an IT Strategic Plan.

Based on a high priority recommendation of the Oakland International Airport (OAK) Information Technology Master Plan the Port of Oakland contracted Barich, Inc. to develop a Common Use Assessment Report.

Since 2015, we have provided continuous service to the Greater Orlando Aviation Authority (Aviation Authority).  We started in 2015 by performing a Data System and Architecture Analysis, which included an analysis of the Aviation Authority’s Business requirements and key performance indicators, with respect to information sharing.  Since that time, we have expanded our services through our work on the South Terminal Complex (STC) Design and Construction Administration Team (2015 to present), and through our award as their On-Call IT Consulting Firm (2018 to Present).  Since 2018, we have maintained an Orlando Office, serving the needs of the Aviation Authority and our neighboring airport clients.

We provided consulting support in preparing a common use Business Case as a basis for the development of an RFP package. It included a detailed assessment of business objectives/requirements and existing conditions, a set of recommendations for the implementation strategy, and a cost analysis. We also provided Program Management support services throughout the design and implementation phase to assist with vendor evaluations and Common Use system implementation oversight.

Since 2000, Barich, Inc. has been providing project management, consulting, and technical resource activities and support for various IT projects under the Sky Harbor International Airport (PHX) IT Master Plan, and its subsequent 2005 and 2009 updates (as well as an IT Strategic Plan in 2019). The initial plan addressed over 40 technology-related systems and represented over $40 million in capital improvement projects.  In 2012, Barich, Inc. was awarded the Information Technology Project Management Services contract of the City of Phoenix Aviation Department. This contract is the latest extension of the IT Master Plan. Under this contract, Barich, Inc. provides the complete spectrum of full-time project management and consulting services. The on-site, dedicated team includes a variety of project management expertise and skill set resources, including Engagement Manager, Senior IT Project Managers, Project Managers, Project Coordinators, and a Senior IT Consultant.  The Project Management team not only serves in project management roles but is also responsible for the comprehensive IT project management program. The program is supported by an existing Aviation IT Project Management Methodology (PMM) and the Barich team will sustain and enhance the methodology to further its effectiveness.  The overall program since the beginning includes over 50 assignments and projects covering a wide range of new installations as well as expansions, improvements, and updates of existing systems and applications.

The Phoenix-Mesa Gateway Airport Authority (PGMAA) was in the process of soliciting a vendor to provide a replacement airport Common Use System at Phoenix-Mesa Gateway Airport (AZA). The existing Common Use System was installed and in service since 2007.  It was the intention of the PMGAA to install a new scalable, best value common use solution to fit the current and future needs of the Airport.

The City of San Antonio Aviation Department (Department), during a multi-year "IT Infrastructure Modernization" project, updated the San Antonio International Airport's (SAT) communications infrastructure in order to meet its current and future demands. This effort brought the communications infrastructure of the current Terminal A up to the same best practice standards as the newly constructed Terminal B, which was opened in 2010. In 2009, the Department engaged Barich, Inc. to provide a variety of professional consulting services for this effort.  In 2014, Barich, Inc. was contracted to provide consulting support on various projects to the Aviation Department on an as-needed basis for IT and Security related projects over the next 5 years.

From 2010 - 2013, through a subcontract with AECOM, the San Diego County Regional Airport Authority (SDCRAA) retained the services of Barich, Inc., to assist the Authority during the planning, design, and implementation of technology systems for the Terminal 2 Expansion Project. Barich, Inc. provided such services as Common Use Planning, Vendor Evaluations, Design Reviews, and various others, including Panel Member services. Then, from 2016–2018, we prepared a 5-year IT Strategic Plan for the Information and Technology Services department which focused on elevating the department in its capabilities as an enabler of the strategic direction of SDCRAA as a whole.

San Francisco International Airport (SFO), one of the world’s leading airports in passenger volume, continues to invest in the airport facilities, technology, and passenger processing efficiencies to meet the high demands of international travel. Barich, Inc. has long been engaged with SFO serving in a variety of roles to ensure successful delivery of major initiatives and project objectives. Proejcts included IT Planning, Installation and Testing Oversight, Special Systems Installation, Master Test Plan & Testing, Design Narrative, and an AVI.

The Rhode Island Airport Corporation (RIAC) was challenged with the need to accommodate the quick and cost effective startup of air service from two new carriers at the Green Airport.  As such, RIAC chose to implement a common use solution to enable these carriers to effectively process passengers without a significant infrastructure investment.  RIAC engaged Barich, Inc. to produce a Request for Proposals and consulting support in selecting the best solution for implementation.

As part of the overall Airport Vision, the Greater Toronto Airport Authority (GTAA) Information Technology Management group (ITM) was pursuing its 5 to 10 year vision to transform the Toronto-Pearson International Airport into North America’s premier portal and to become a true global hub.  In achieving this vision, the GTAA conducted major project initiatives of better utilizing its common use strategy and replacing its existing Resource Allocation System, AODB, and Electronic Visual Information Display Systems. To that extent, Barich, Inc. supported this effort by providing a variety of consulting, project management, and other related services.

The Tucson Airport Authority (TAA) desires to continually improve the efficiency with which Tucson International Airport (TIA) and Ryan Airfield operate. IT has become a key component to the TAA success in this area. Recognizing the ever-changing technology environment,  the TAA was in need to update its 2005 IT Master Plan.

Viaracopos International Airport completed construction of its new Terminal, which brought along operational challenges associated with understanding the full deployment of RMS and associated systems. Recognizing the challenges faced with near-term use of the new RMS, and other potential deployment challenges, Barich, Inc. assisted with the mitigation of such challenges.

In 2010, the Winnipeg Airport Authority (WAA) undertook a $585 million airport capital development program, including the construction of a new state-of-the-art multilevel passenger terminal facility.  As part of the new construction, the Authority upgraded existing special systems technologies.  For this effort, it was essential that the Authority’s Technology Division was sufficiently staffed and prepared to support the new systems.   For this reason, and as part of a Master Planning process, the Authority engaged Barich, Inc. as its Management Consultant to conduct an IT staffing and infrastructure assessment. 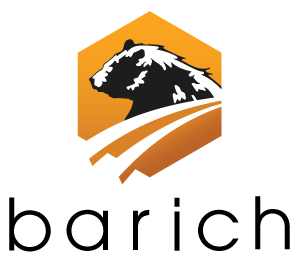